It’s been two years since I last wrote about Drew. To be honest, I haven’t seen him more than twice in that time frame, and it wasn’t apparent that he was going for sure on this adventure up until he showed up at the arrivals gate in Portland. Perhaps that is a little harsh. He was in, but maybe not fully committed to going. Let’s be honest. How many young people, testosterone or estrogen based, would want to spend 10 days with a bunch of old leaky prostate old men in the wilderness? One of whom is your Dad. I guess it depends on the young person, and it depends on their relationship with their parents.

Drew is an only child and there is something to the nature of one who didn’t have to compete against brothers and sisters while growing up. Drew has had his fair share of issues over the years, suffering seizures, his most recent I can remember kept him from attending our Uintas adventure, but there may have been others more recent. He was talking about one on the trip, but I didn’t start listening in to that until he was explaining what happened next and where it happened. I picked up that this was also the first time his shoulder separated. Shoulders are tricky beasts, and once you have experienced this, you know that future events are certain. On this trip we had a healthy, though not quite in the shape he wanted to be in, Drew with a shoulder that was working fine.

To describe his relationship with Melanie and Larry, I would say it is both that of child/parent, but it is also that of a friend/acquaintance. Meaning that Drew, in the same sentence, will refer to both his Dad, and Larry by name. That will occur in third person referencing, and directly. “Dad, while you are over there, bring the scotch please.” and “Hey Larry, I think the fire needs another log or two”. This happens much less frequently with Melanie, but I have heard it.

When I picked up Drew and Larry at arrivals, they had been up since 3am EDT. Apparently, whatever sleep they did get was short lived as they were up late getting Drew’s pack together. Two flights in their system, and now some downtown shopping sprees to take care of. I flew in the night before so I could get the van, and get the shopping done before everyone else showed, but Larry and Drew got in so early, Kevin and I had only just gotten the van secured when it was time to get them from the airport.

First stop was REI where I needed to buy fuel, and pick up the food I ordered. When we were seven “for sure” I finally went online and ordered all the dinners. When I got the receipt in the mail, I shared it with everyone on our group page, and Drew was the first one to text me personally. “Dude, did you purposely pick all vegetarian meals? Where’s the meat?” Over the course of the next few weeks we settled on a return of the meals I ordered for him, and he could either purchase his own set, or he could go online, check the availability, and choices, and send me what he wanted, and I would get it at the REI in Portland before I picked them up. Well, now Drew was with me, and he could pick out the meals himself. It turns out I only had 1 meat dinner ordered. Every other selection was a non-meat, but still very calorie rich, meal. A couple of curries, a vegetarian stew, beans and rice. Drew needed his meat.

I deferred beer selections, beers for the drive out and for car-camping consumption, to Drew and Larry while Kevin and I made other selections at the Fred Meyer store in “Uptown”. We were lucky that within 5 blocks there was the REI, a Fred Meyer, and a state liquor store. We got all our shopping done rather easily and without a lot of lost time driving between places.

It was our first day on the trail when I realized this was not the Drew who had come on our Grand Canyon and Banff journeys. This Drew was a wee bit out of shape, and soon was at the back of the line with my brother-in-law who was also suffering quite a bit. Both were complaining of shortness of breath and requiring more than a few rest breaks. I wasn’t too worried about Drew, because, you know, youth, but my brother-in-law? Worried I was, but this isn’t his story.

It wasn’t until the fourth day, our hike up and over Hawkin’s Pass when I heard Drew say, “There’s my legs. I’ve missed you”, and from then on in Drew had his legs. Drew also had his meat based dinners. Apparently all the meals he chose were ready in less than 10 minutes, whereas all the ones I bought had a minimum time of 18-20 minutes at 5000′. Since we were at 7500′ a lot, than meant we had to wait almost a half hour to eat. So, let this note be acknowledgement that there is more to food than what might be apparent good taste. Something that you can eat in 12 minutes or less probably tastes decent enough, and Drew, being the generous person he is, was happy to share a bite of all his meals, and none of them were bad.

Drew will now be known as the inspiration for my first major change in procedure going forward. From this day forward, I will still purchase the food, and have it delivered, however, the change will be each person will go onto the REI website and choose their own menu, and send it to me, where I will catalog it in the spreadsheet, and then everyone can have what they want. We’ll call this “Drew’s way”.

Drew did fine with the 5 leaky prostate saggy nut sack old men. Wish he had caught more fish though. 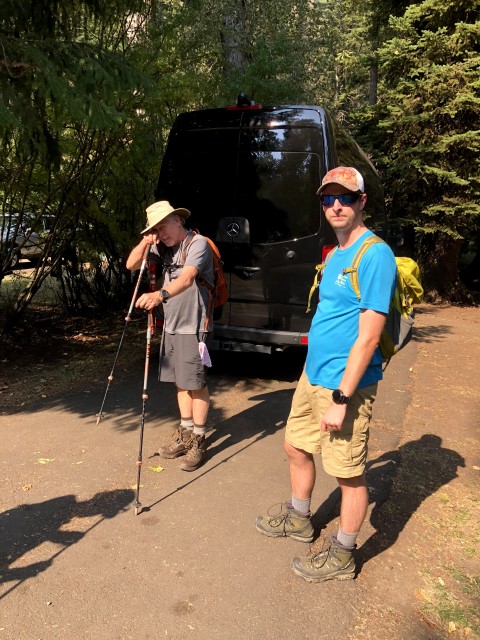 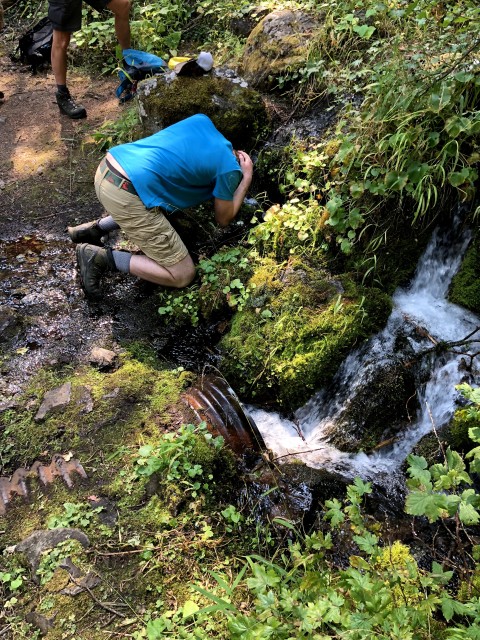 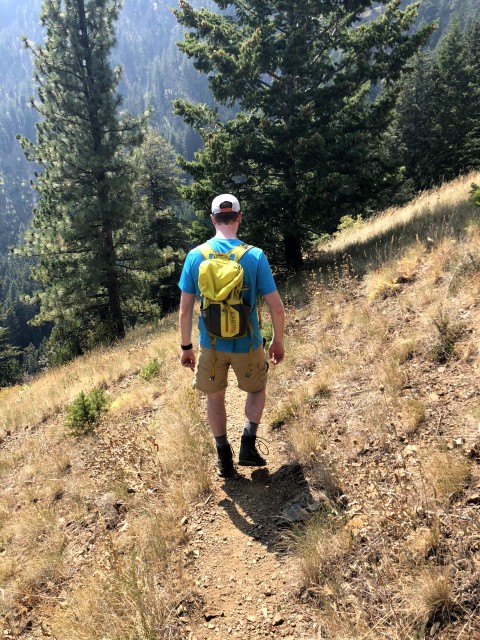 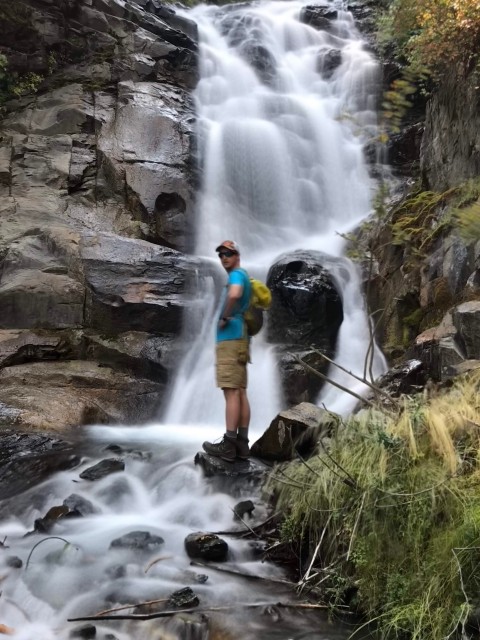 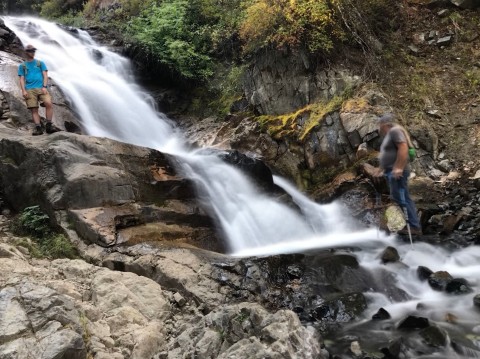 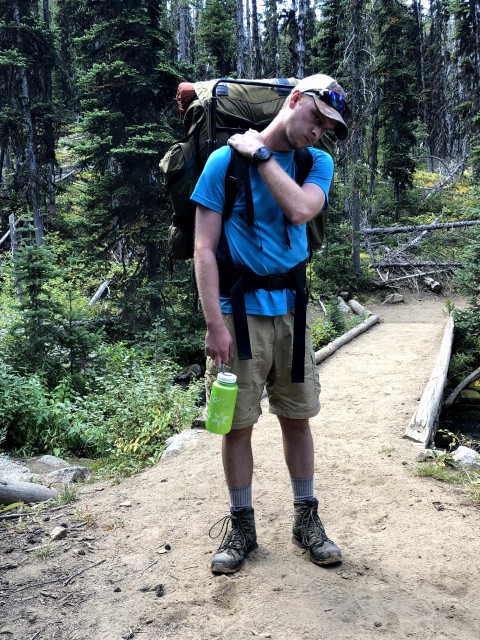 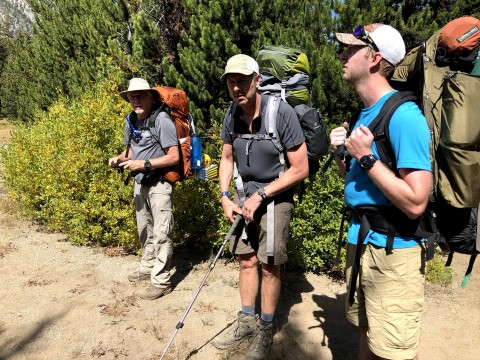 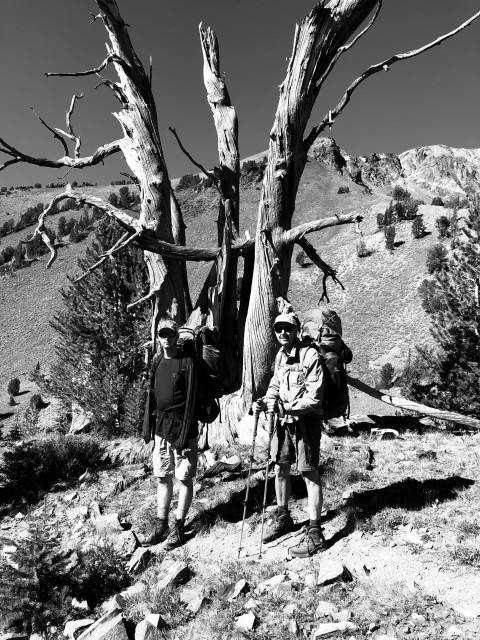 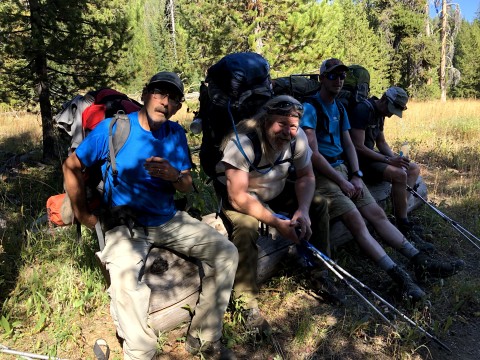 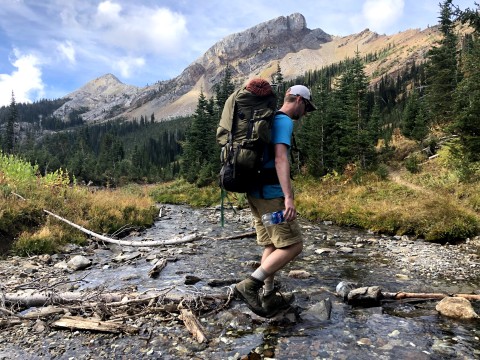 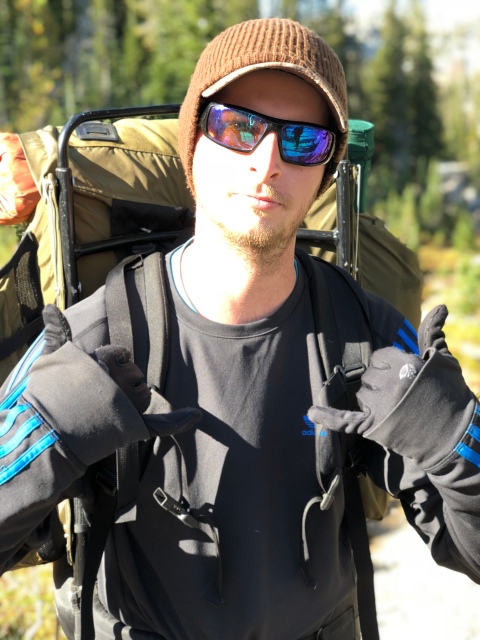