Dan was offered a spot in this years adventure, but children. Well, child. Well, daughter getting married. That was a priority that we couldn’t work around, but like Mike Smith, we were able to get Dan to meet us in Joseph Thursday night, and spend car-camping time with us until we went into the woods Saturday morning. It should be noted here, and we were all very thankful, that Dan brought his Coleman camp stove, as well as a frying pan, and bacon, and eggs, and cheese, and wraps and a coffee pot and coffee, and he took care of us each morning. We mixed his breakfast with our breakfast on Friday, but we all pretty much sucked up to Dan for one of his bacon, egg and cheese wraps on Saturday. There was no better excellent way to start the day.

I first met Dan by way of Walt, when I finally accepted one of Walt’s many attempts to get me on one of his trips. By the time I had accepted,  Walt was backpacking, and since I like backpacking, you would think I would have jumped on his bandwagon the first time he went into the Grand Canyon. I did not. Missing the first you might surmise that when he chose to enter it again, I would join him that time. I did not. It wasn’t until Walt said “Look, this is the last time I am going into that hole, and the last time I am going to invite you, so please come.” And so I did. Dan was a member of that crew along with Herb, and Scotty. We hiked in at Hermit’s Rest and out along the Bright Angel, and spent 3 lovely evenings on the Tonto Plateau. By the hike out, Dan had developed, not to plan, a pretty severe blister on his foot, requiring Dr. Everetts to intervene and repair Dan as best he could. To alleviate Dan’s climb out we all volunteered to carry some part of Dan’s gear to lighted his load. The reader may recall this trip was the inspiration for getting my own adventures together, which Eagle Cap is the fourth edition.

The following year I joined the same crew for a walk across the Zion Wilderness. Dan, was on this trip as well, and physically he fared a lot better than the previous year’s trip into the Canyon. In fact other than extreme heat, cold and wind, everyone handled Zion quite well and that was the last time I saw Dan until 3 weeks ago.

As I recall, Dan was working for Motorolla in Tampa, Fl when Walt was assigned to a project there, and Dan was his go-to Systems Engineer. This was back in the Cell Tower explosion of the late 90’s after Walt had transferred back to Motorolla when Iridium failed to catch on at its initial price point. Walt was installing city wi-fi and cellular, and Tampa was the current project. Let’s say the two of them hit it off nicely when Walt suggested they discuss some issues over a few beers instead of stale office air.

These two maintained their friendship beyond the Motorolla links and found themselves together on at least one of Walt’s week long canoe adventures. More than likely it was their John Day River adventure in Oregon. Dan, of Bend Oregon, would have found that a convenient trip to participate in. When Walt moved from the canoe to the trail and started multi-day trips into the wilderness, Dan was right there along for the adventure. I am sure that if Dan could have made it happen, he would have loved to accompany Walt when Walt went to the Himalayas, but for most of us mere mortals, getting three consecutive weeks off is a challenge beyond our capabilities. Even for a trip of a lifetime.

It was a great pleasure to have Dan meet up with us this year. If not for his daughter’s wedding, we could have enjoyed his company for the full 10 days, but as it was we got to share some time together. Let this be notice to you Dan, that you need to set 10 days aside in September 2020 for our trip into the Weminuche Wilderness, Colorado. I look forward to seeing you again. 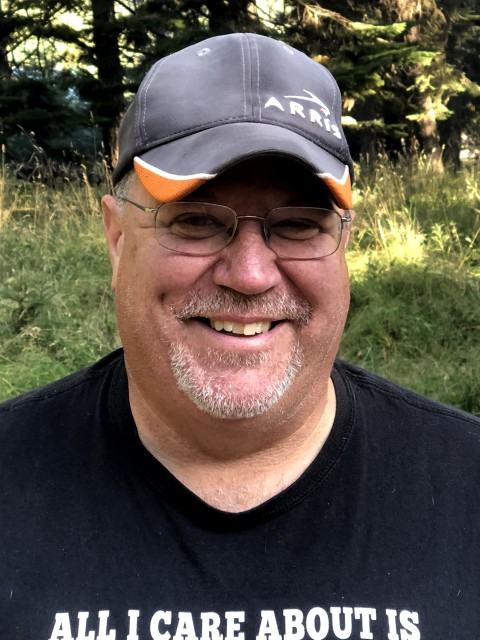 I am not sure of the date, but it must have been while I was still an under grad at Penn State. The trimester was coming to an end, finals were almost over, and my friend Chris was already spending the summer in Northern Virginia at Larry‘s house. We talked on the phone about me coming to visit before I went home myself, and how I would get there when Chris mentioned that Melanie, Larry’s girlfriend at the time had a brother at Penn State, Mike Smith, who had a care, and I could hitch a ride with Mike. I remember calling Mike that evening, and a low low low voice answered the phone and we went on to make plans to travel. Mike was an engineering major, Nuclear I believe which could only mean one thing. Two socially awkward human beings would be in that car going home.

END_OF_DOCUMENT_TOKEN_TO_BE_REPLACED

Walt, as you may recall from this earlier profile on him, is my brother-in-law. I am fortunate that a man as busy as he is, can find, or make the time to be off the grid for an entire week. In a business where 24×7 problems can be escalated very easily to the director level, or at the vary least need to be socialized with the director, it’s hard to imagine that a) anyone else would want to step into that for a week, and b) the adrenaline rush of having to make those kinds of decisions all the time, can be hard thing to step aside from. To have a silent phone for an entire week. I would imagine there is a certain level of ghost alerts where a muscle twitch feels like a phone alert.

END_OF_DOCUMENT_TOKEN_TO_BE_REPLACED

Larry and I have been backpacking for close to 30 years now. It is kind of a fog, the dates. It somewhat depends on what year my first Mill Trip was, because although I had met Larry a few times prior to that, it wasn’t until I started coming to The Mill that our friendship began to develop. I am going to say my first Mill trip was probably January 1987, and I must have attended a couple before I heard about the Winter backpacking weekends. Like I said, that was a long time ago, and many trips later, as well as many Mill trips later Larry is one of my go-to friends. As Walt would call him, a pall bearer, though I plan on cremation, but pall bearer it is.

END_OF_DOCUMENT_TOKEN_TO_BE_REPLACED

This installment concerns Mike Barris, who has attended all my trips except the High Uintas. I profiled him two years ago, and something I left out of that narrative was that Mike returned from that trip not feeling well, and then proceeded to get pretty sick with Bronchitis. I think it took a long time to get on the good side of that, and it left Mike wary of further trips.

END_OF_DOCUMENT_TOKEN_TO_BE_REPLACED

The second person in my profiling series, will be Kevin Hart, the newest member of our hiking entourage. In a previous post I might have mentioned something about a 12 person limit, and how there were something like 10 core people, and if all of them chose to attend, then we’d have to figure out how to ration out those two unused spots. In addition, I manage a private Facebook group for these adventures, and there are maybe 20-25 people subscribed as people of interest and core people, and by this time Kevin had been added to this group. I heard from our “Friend-in-Common” Larry Butler that Kevin called him and wanted to know “How do I become a core member, or even how do I get one of those last two spots?” That was 18 months before the actual event would occur.

END_OF_DOCUMENT_TOKEN_TO_BE_REPLACED

It’s been two years since I last wrote about Drew. To be honest, I haven’t seen him more than twice in that time frame, and it wasn’t apparent that he was going for sure on this adventure up until he showed up at the arrivals gate in Portland. Perhaps that is a little harsh. He was in, but maybe not fully committed to going. Let’s be honest. How many young people, testosterone or estrogen based, would want to spend 10 days with a bunch of old leaky prostate old men in the wilderness? One of whom is your Dad. I guess it depends on the young person, and it depends on their relationship with their parents.

END_OF_DOCUMENT_TOKEN_TO_BE_REPLACED

This was the fourth week long adventure over the last 6 years that I have cajoled my friends into following me into some kind of wilderness adventure. What qualifies ME to lead adventures like this? One could easily argue “Very little”. From the standpoint of the Grand Canyon, at least there I had been on some of the trails, and was familiar with the conditions that time of year, but when it came to the High Uintas in Utah, Banff in Alberta, and most recently the Eagle Cap Wilderness in Oregon, I hadn’t ever been to any of these places before, and here people were following me into the back-country with nothing but a map and my electronic devices.

END_OF_DOCUMENT_TOKEN_TO_BE_REPLACED

Why The Eagle Cap Wilderness

While there may not be thousands, there are certainly hundreds of wilderness opportunities. Let’s not limit ourselves to wilderness, because National Parks, and National Recreation areas are fair game as well, so when it came to following up our previous adventures in Banff two years ago, there were more than a few ideas. Glacier National Park, Yosemite National Park, Kings Canyon, a return to Zion, Le Grande Tetons, Yellowstone, The West Coast Trail, any part of the Pacific Crest Trail. As said, the possibilities are only limited by your imagination.

END_OF_DOCUMENT_TOKEN_TO_BE_REPLACED

Short post, as it has been a long long time since I have posted anything. I just returned from a week long adventure and I figured I would start my blogging with this story first.

This past Thursday morning, after awaking 3 times in the night (normal for me), where I found the sky cloudless and full of stars, some time around 4:40 in the A.M. frozen precipitation began falling from the sky. To me, it sounded like rain, and by true morning, when I decided to get up again, it was clearly snow and sleet-like hail that had fallen. To be honest, unlike Banff two years ago, this was simply squall after squall with no squall contributing a lot, but the number of squalls began to accumulate.